Conner David McCain is a New York-based composer and a PhD Candidate in Music Composition at the University of Aberdeen. His music is influenced by the austere coherence and spiritual power of Gregorian chant and also the emotional directness and simplicity of popular music.  He holds an MMus from the Catholic University of America in Washington, D.C. and an MA in Philosophy from the University of St. Andrews in St. Andrews, Scotland. His works have been performed all over the world by ensembles such as Voces8 and the Red Note Ensemble, and he has participated in festivals and masterclasses in Italy, Scotland, and across the United States. He is also active as an organist and church music director in upstate New York. 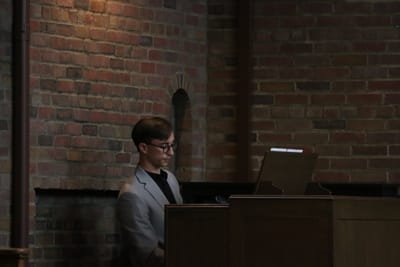